The Bell Jar details Esther Greenwood, a college student who travels to New York to work as an editorial intern for a popular magazine. While she should be thoroughly enjoying herself, Esther feels dead inside, largely disconnected from the world. As she lives in New York, she begins to question her abilities as a writer and her future in general, which only causes her to sink into extreme depression. Esther wonders if she should be a typical woman and marry, or pursue a career instead.
Esther returns to the Boston suburbs, where she grew up, in the hopes to reawaken herself from depression. Soon, however, she finds she can’t, and the feelings she had in New York are all the stronger. What follows are suicide attempts, mental hospital stays, and unhealthy relationships. The only question is, will Esther make it out of the suburbs and out of her depression in time to start the next semester at college?

Parallels Between Fiction and Reality

Donovan: I found considerable resemblance between the author’s life and that of the main character, Esther. Did you?

Andrew: Yes. Plath wrote The Bell Jar as somewhat of an autobiography. Plath herself worked during college in New York City, and suffered depression. She also ended up in a mental hospital at one point. Plath eventually committed suicide in 1963, only one month after The Bell Jar’s initial publication.
What intrigued me was the lyrical prose Esther, the protagonist, uses intermittently throughout the novel. Mirroring Plath, herself a poet, I found this styliing to be an eye-opening experience into the inner workings of Plath’s mind.

Andrew: How about you? 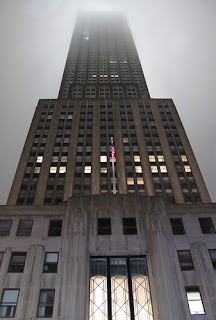 “The interior voice nagging me not to be a fool—to save my skin and take off my skis and walk down, camouflaged by the scrub pines bordering the slop—fled like a disconsolate mosquito. The thought that I might kill myself formed in my mind coolly as a tree or a flower” (97).

As Esther devises new forms of attempted suicide, my heart broke for Plath’s family and the pain such portent, semi-autobiographical prose generates.

Andrew: In many ways, The Bell Jar serves as a cultural commentary of the time. How did you see this notion conveyed?

Donovan: For starters, Esther’s stay at the mental institution reinforces the horrors regarding how humanity dealt with mental illness less than 60 years ago.

“To the person in the bell jar, blank and stopped as a dead baby, the world itself is the bad dream” (237).

Pages upon pages in The Bell Jar describe shock therapy and the painful ways in which physicians attempted to cure the mentally sick. These treatments—cutting edge at the time—remind me of the frailty of human knowledge. What are we doing these days that 50 years from now will seem brutally inhumane? 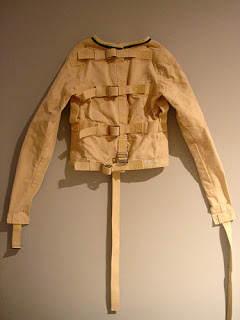 Andrew: I agree completely, and couldn’t have said it better. However, I think it’s also important to note, at this point, the importance a Bell Jar in the novel.

“I knew I should be grateful to Mrs. Guinea, only I couldn’t feel a thing. If Mrs. Guinea had given me a ticket to Europe, or a round-the-world cruise, it wouldn’t have made one scrap of difference to me, because wherever I sat—on the deck of a ship or at a street café in Paris or Bangkok—I would be sitting under the same glass bell jar, stewing in my own sour air” (207).

The bell jar, something which is generally placed over pastries to keep them fresh, symbolizes the inability to escape from depression, something perhaps more painful in Esther’s life (and vicariously Plath’s) than the ways in which physicians tried to cure the mentally ill.

Donovan: Many literary critics suggest Plath’s depiction of Esther is a strong feminist viewpoint. Did you see this theme in the novel?

Andrew: The restricted role of women in 1950s America is assuredly something Plath intentionally included in the novel. Coupled with the realization that conventional expectations only provide emptiness, feminism is one of the more explicit themes in The Bell Jar. Esther observes a gap between what society says should happen and what she actually feels. As a result, she becomes alienated, and pulls between the desire to start a family and continue her English career. More to the point, she doesn’t fit in because of her individualism, something females weren’t necessarily encouraged to develop at the time.

“I was the only girl on the beach in a skirt and high heels, and it occurred to me I must stand out. I had removed my patent leather shoes after a while, for they foundered badly in the sand. It pleased me to think they would be perched there on the silver log, pointing out to the sea, like a sort of soul-compass, after I was dead” (169).

Andrew: Would you agree?

While men slept around, Esther needed to remain virginal to attract the highest quality husband. These expectations, coupled with her desires to cast her line in the other direction, shepherd her toward mental breakdown.

“’What I hate is the thought of being under a man’s thumb,’ I had told Doctor Nolan. ‘A man doesn’t have a worry in the world, while I’ve got a baby hanging over my head like a big sick, to keep me in line’” (221).

Not to say traditional roles are bad, I find the pressure for people with a myriad of personalities to fit into one specific cultural box to be problematic. Esther, and to a certain extent, Slyvia, do not fit the specific traditional mold. As such, the pressure to fit in became too much to bear.

Andrew: Much like Salinger’s The Catcher in the Rye, I found The Bell Jar to depict both teenage angst and depressive characters in a way that deserves acclaim. Perhaps Esther is the female version of Salinger’s Holden Caufield, the novel was assuredly written to challenge the populace and garner praise to help push the feminist movement forward. However, I found the book to be too simply written for the literary acclaim it has raised. Perhaps there is beauty in the simplicity, but I had trouble pressing on past it.

Donovan: The Bell Jar offers good prose and an intriguing story. Had Sylvia Plath not mirrored her depressive character in real life, I am not sure if The Ball Jar would receive as high of praise. Whether good or bad, a dead artist intrigues the populace and I believe this effect to be the case in this instance. The Bell Jar is worth reading but I am unsure if it qualifies as a modern classic of literary genius.
Andrew’s Verdict: 4 out of 5
Donovan’s Verdict: 4 out of 5Sylvia Plath was born in Boston, Massachusetts, in 1932. She graduated from Smith College in 1955 and won a Fulbright Scholarship to the University of Cambridge. Her many books include the poetry collections, Ariel, Colossus, Crossing the Water, Winter Trees, and The Collected Poems, which won the Pulitzer Prize. The Bell Jar is her only novel. She was married to the poet Ted Hughes, and together they had two children. She died in London in 1963.
—