Book Review: A Clash of Kings

George R. R. Martin is an American author and screenwriter of fantasy, horror, and science fiction. Born in New Jersey, Martin earned a B.S. and M.S. in Journalism from Northwestern University. He began writing fiction in the early 1970s with his first works earning him a Hugo and Nebula award. In the 1980s, he began writing in Hollywood for the Twilight Zone and Beauty and the Beast. Martin is best known for his critically acclaimed epic fantasy series, A Song of Ice and Fire, which was developed into Game of Thrones, an HBO television series.


*Spoiler Alert for Book One in Effect Throughout this Review*

As a giant civil war plagues the Seven Kingdoms of Westeros, a new claim to the throne at King’s Landing seems to arise every few pages. Stannis Baratheon, Renly Baratheon, Joffrey Baratheon, Robb Stark, and Balon Grejoy all readies for war. Across the sea, Daenreys Targaryen prepares her journey across a massive desert with her new dragonlings in tow so that she too may one day take the throne of Westeros as (in her view) rightful heir to the throne. 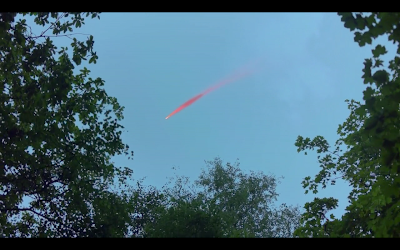 Because of all the uncertainty in the lands, the rulers seek signs to affirm their desire to rule Westeros. Joffrey Baratheon, a boy of thirteen, is currently occupying the throne, and a comet begins to grace the sky.

“See how it flames across the sky today on His Grace’s name day, as if the gods themselves had raised a banner in his honor. The smallfolk have named it King Joffrey’s Comet…I’ve heard servants calling it the Dragon’s Tail. King Joffrey sits where Aegon the Dragon once sat, in the castle built by his son…He is the dragon’s heir—and crimson is the color of House Lannister, another sign. This comet is sent to herald Joffrey’s ascent to the throne, I have no doubt. It means that he will triumph over his enemies” (28).

Joffrey, arguably the least likable character in the novel due to his impetuous nature, lack of diplomacy, and overall surliness, is also unliked by many in the novel. Because Joffrey, by birth, is both Lannister, whose sigil is crimson, and Baratheon, whose sigil is golden, some think and hope the sign isn’t for him.

A Comet of Uncertainty

Arya, daughter of the now-beheaded Ned Stark, only finds danger and uncertainty in the new times. On the road as a vagabond of sorts, bound for service at the wall, she feels out of place. A girl merely ten years of age, she is scared, and the comet means little.

“One time Arya woke in the dark, frightened for no reason she could name. Above, the Red Swoard shared the sky with half a thousand stars. The night seemed oddly quiet to her, though she could hear Yoren’s muttered snores, the crackle of the fire, even the muffled stirrings of the donkeys. Yet somehow it felt as though the world were holding its breath, and the silence made her shiver. She went back to sleep clutching [her sword]”(62).

“Pale flames licked at the grey sky. Dark smoke rose, twisting and curling. When the wind pushed it toward them, men blinked and wept and rubbed their eyes. Allard turned his head away, coughing and cursing. A taste of things to come, thought Davos. Many and more would burn before this war was done” (113).

A Comet for Direction 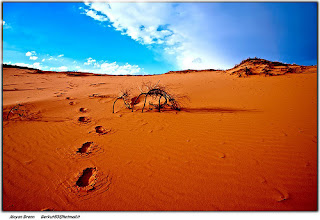 Daenerys, former Khaleesi (queen) of the Dothraki tribe across the waters from Westeros, also hopes to one day ascend the throne and rule the seven kingdoms. Since she ventured into a burning funeral pyre as she watched her husband burn into the next life and emerged unscathed, she has established quite the following.

“The Dothraki named the comet shierak quiya, the Bleeding Star. The old men muttered that it omened ill, but Daenerys Targaryen had seen it first on the night she had burned Khal Drogo, the night her dragons had awakened. It is the herald of my coming, she told herself as she gazed up into the night sky with wonder in her heart. The gods have sent it to show me the way” (142).

Pointing the way across the huge desert, Daenerys hopes that she will find her way to Westeros. The comet is a hopeful sign for her, but others don’t find it so hopeful.

A Comet of Corruption

Tyrion Lannister, uncle to Lord Joffrey, sees the comet as a sign pointing toward the corruption of the seven kingdoms, of its people, and of the current occupant of the throne.

“‘Corruption!’ [a] man cried shrilly. ‘There is the warning! Behold the Father’s scourge!’ He pointed at the fuzzy red wound in the sky. From this vantage, the distant castle on Aegon’s High Hill was directly behind him, with the comet hanging forebodingly over its towers. A clever choice of stage, Tyrion reflected. ‘We have become swollen, bloated foul. Brother couples with sister in the bed of kings, and the fruit of their incest capers in his place to the piping of a twisted little monkey demon. Highborn ladies fornicate with fools and give birth to monsters! Even the High Septon has forgotten the gods! He bathes in scented waters and grows fat on lark and lamprey while his people starve! Pride comes before prayer, maggots rule our castles, and gold is all…but no more! The Rotten Summer is at an end, and the Whoremonger King is brought low!’” (239).

Martin does well to include these signs in A Clash of Kings. Through the comet he shows how uncertain things are in this world. Perhaps mimicking real life, he shows how often we seek signs in products of natural causes. Maybe the sign is right only for one person. The sign is one of many literary techniques Martin uses within A Clash of Kings, and it provides great depth and meaning to the novel overall. I think you should definitely read A Game of Thrones and watch the HBO series as well; it has much to offer.


What do you think about The Game of Thrones? Do you enjoy the use of omen that Martin employs in the novel? Share your thoughts below!
—
Posted by: Andrew Jacobson