Suzanne Collins began her writing career in children’s television. While working for Nickelodeon, Collins wrote for many shows, chief among them Clarissa Explains it All and The Mystery Files of Shelby Woo. Eventually, Collins moved to children’s literature writing a five-part series, The Underland Chronicles. Her Hunger Games trilogy, however, has received high acclaim, and the first book has been adapted into a major motion picture. Collins lives in Connecticut with her family.

*Spoiler Alert for Book One in Effect Throughout this Review*

The Hunger Games and its subsequent Catching Fire is the latest craze among teens. The Hunger Games is even being taught at my school, where, to both my delight and chagrin students are now reading during my classes (not the appropriate time to do so). I, too, have fallen in love with the phenomena, as I find the plot exhilarating. However, the main character, Katniss, annoys me to no end.

Katniss, now the victor of the most recent Hunger Games, wishes to forget the gore she encountered. Understandably distraught, she now has to perform a publicity tour throughout the districts, beginning in district eleven and concluding at her own district twelve.

“If it were up to me, I would try to forget the Hunger Games entirely. Never speak of them. Pretend they were nothing but a bad dream. But the Victory Tour makes that impossible. Strategically placed almost midway between the annual Games, it is the Capitol’s way of keeping the horror fresh and immediate. Not only are we in the districts forced to remember the iron grip of the Capitol’s power each year, we are forced to celebrate it. And this year, I am one of the stars of the show. I will have to travel from district to district, to stand before the cheering crowds who secretly loathe me, to look down into the faces of the families whose children I have killed…” (3-4). 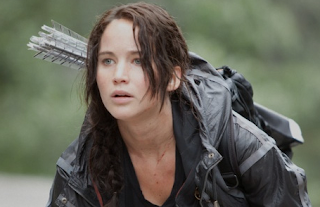 Katniss is a believable character, to Collins’ merit. However, my problem has always been (and this is a personal view) she is just a little too whiny. Katniss never willingly seems to kill people in the Hunger Games as a survival instinct. Rather, she only killed her competitors when someone else was in danger, when someone else’s life was on the line. I believe, realistically, she would be much more brutal, as the instinct to survive is stronger than what Katniss portrays. Moreover, the crowds, viewing this spectacle on the television, would undoubtedly side with Katniss as the merciful competitor, as she didn’t kill willingly, only doing so as a last resort. The crowd wouldn’t look down on her and loathe her as Katniss seems to believe.

Nonetheless, Katniss feels the repercussions from her activities during the last Hunger Games, especially in regard to winning with Peeta, her fake love interest during the games.

“The full impact of what he’s saying hits me. I will never have a life with Gale, even if I want to. I will never be allowed to live alone. I will have to be forever in love with Peeta. The Capitol will insist on it. I’ll have a few years maybe, because I’m still only sixteen, to stay with my mother and Prim…if I want to keep those I love alive and stay alive myself [,] I’ll have to marry Peeta” (44). 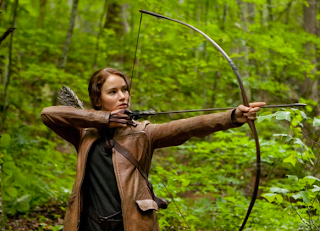 Continuing on her path of self-loathing and depression, Katniss takes her victory at the games incredibly hard.

“I’m selfish. I’m a coward. I’m the kind of girl who, when she might actually be of use, would run to stay alive and leave those who couldn’t follow to suffer and die…No wonder I won the Games. No decent person ever does” (117).

I understand killing is hard, killing would obviously cause self-doubt, repercussions, and some serious depression. But, I think that Katniss is simply too whiny…too much of a teenager for some readers to root for. Her inner monologues become far too annoying after some time, much like listening to a drop of water leaking from the faucet.

Despite my annoyances, I still find the plot of Catching Fire to be compelling, and in my mind, that’s what saves the trilogy. Suzanne Collins certainly knows how to grip the reader’s attention, she places plot twists conveniently at the end of each chapter to keep the reader wondering “what happens next?” Even though the book is flawed, I still think Catching Fire is worth a read, especially if you enjoyed the movie or the previous book.


What do you think? Do you find Katniss to be a believable and compelling character? What about the plot? Share your thoughts below.
—
Posted by: Andrew JacobsonAffiliate Links: