The Element: How Finding Your Passion Changes Everything by Ken Robinson with Lou Aronica (New York: Viking, 2009. 260pp)

Sir Ken Robinson (b. 1950) is the former director of The Arts Schools Project and Professor Emeritus of Arts Education at the University of Warwick. He is now an author, speaker, and international advisor on education in the arts.

Lou Aronica (b. 1958) is an American writer and Publisher, who primarily works in publishing science fiction works.

In the musical arts, it’s almost as easy to find out who is good at the subject right away as it is to find out who excels at math. As a result, music educators have developed the audition to keep students growing at the best rate possible. The audition comes with a price. Nervousness, or even failure loom in the distance as students frantically prepare for their ten minute slot of unencumbered stress.

I’m never surprised in the audition process. Based on past experience with each student, I could have placed him or her into respective categories varying from supremely talented to abysmal. But I don’t. I want the students to see for themselves what they are good at, and learn from putting themselves out there. They improve by just forcing themselves to be open.

This raises the question, “why don’t we have ‘auditions’ for everything in education?” Moreover, why don’t we place students appropriately in every academic “core” class? Educators, falsely and perhaps brazenly, assume students all have the same intellect. All students must follow the same path to nirvana and education bliss. Ken Robinson, in his book The Element, tries to suggest a reform to education based on the fact learning is unique to the individual.

A Fingerprint of Intelligence

“Every person’s intelligence is as unique as a fingerprint. There might be seven, ten, or a hundred different forms of intelligence, but each of us uses these forms in different ways. My ability involves a different combination of dominant and dormant intelligences than yours does” (50).

When we begin to explore preconceived ideas about our own individual intelligence, we can see how “smart” we really are in different ways.

America’s educational system has been based around a notion of learning which Robinson argues is primarily based on reading, writing, and math skills. While these skills are undoubtedly important, we don’t equally possess them all. Yet, educators sometime scoff at the notion that a student is failing Language Arts or an Algebra class. Somehow as educators, myself included, we’ve decided on the “norm” of learning, even when each individual possesses something unique. Robinson proposes America’s educational system actually prevents people from finding their passion, and living in their “Element”.

“The Element is the meeting point between natural aptitude and personal passion. What you’ll find in common among the people you’ve met in this chapter and the vast majority of the people you will meet in the coming pages is that they are doing the thing they love, and in doing it they feel like their most authentic selves. They find that time passes differently and that they are more alive, more centered, and more vibrant than at any other times” (21). 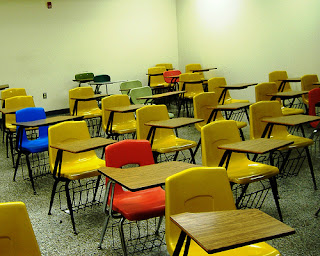 Robinson offers the example of Paul McCartney, who hated school, and only found his passion by not doing homework and focusing on the guitar. Gillian Lynne, who didn’t do well in school finding her joy in dancing, ended up producing shows with Andrew Lloyd Webber. Mick Fleetwood (of Fleetwood Mac) also didn’t do well in school, and the numbers suggested he even lacked intelligence.

“‘I had a learning disability at school and still do. I had no understanding of math at all. None. I’d be hard pushed right now to recite the alphabet backward. I’d be lucky if I got it right going forward quickly. If someone were to say, ‘What letter is before this one?’ I’d break out into a cold sweat’” (27).

By assuming the role of a mentor, Robinson argues, we can improve education. Great teachers are great mentors, because they don’t rely on standardized tests and curriculum standards, but rather on their sole purpose: to help their students live up to the fullest potential. 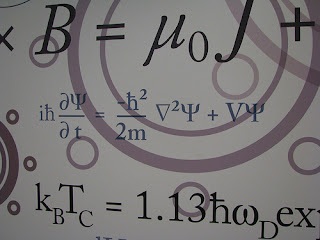 “The most powerful method of improving education is to invest in the improvement of teaching and the status of great teachers. There isn’t a great school anywhere that doesn’t have great teachers working in it. But there are plenty of poor schools with shelves of curriculum standards and reams of standardized tests” (138).

As an educator The Element makes me think. Because I succeeded in academia, I often assume that my students should and will do the same. But, there isn’t a standard, as all students and individuals have different gifts. How can I best challenge people to live up to their fullest potential without relying on the standard norms of what is considered educated? If intellect is an individual fingerprint as Robinson suggests, education simply has to change.

Focusing on making my students meet a set of standardized test scores would rob the world of the next Paul McCartney, Mick Fleetwood, or Gillian Lynne. If you’re curious about what education could look like, or what to change in your preconceived notion on education, you should read this book.

What do you think?  Do you disagree with anything Robinson says?  Do you think education is in need of reform?  Share your thoughts below.
—
Posted by: Andrew Jacobson