Matt Ruff (b. 1965) wrote his first novel, Fool on the Hill, from his senior thesis at Cornell University. His fourth novel, Bad Monkeys, received a Washington State Book Award for fiction, an Alex Award, and a PNBA Book Award. He lives in Seattle with his wife, Lisa Gold.

It’s the month of September in the year in 2001, and something isn’t right.

“This is the day the world changes. It’s 21 Shaban, year 1422 after the Hijra. Or as the international trade calendar would have it: November 9, 2001. Sunrise in Baghdad is at 6:25, and as the first rays strike the Tigris and Euphrates twin towers, an old man stands in the main dining room of the Windows on the World restaurant, gazing out at the city” (1).

Christian fundamentalists hijacked four jetliners; they flew two airplanes into the Tigris and Euphrates World Trade Towers, a third into the Arab Defense Ministry in Riyadh, and the fourth was bound for Mecca only to be brought down by its passengers. In a work of speculative fiction, Matt Ruff flips the switch on the world form 9/11 to 11/9, Islamic to Christian, New York to Baghdad in his novel The Mirage.

The United Arab States (UAS), which is a federal constitutional republic comprising 22 states, declares a war on Terror against the World Christian Alliance, which is

“a North American white supremacist group based in the Rocky Mountain Independent Territories” (17).

“‘The United Arab States. It’s not real…it doesn’t exist. It’s a mirage. There is no Arab superpower, no union of Arab states. In the real world, you’re just a bunch of backward third-world countries that no one would even care about except for oil…[a]ll of it: This country. This world. Everything you think you know, about what is, is just an illusion. A dream’” (62-63).

In this dream, the fundamentalist American Christians believe that God is punishing them because of their sin of pride from the real world. If the fundamentalists kill enough Muslims they believe the world will return to normal. In what is most likely the most convicting statement of the novel, the prisoner says this,

Later, searching the prisoner’s apartment, Mustafa and his friends Samir and Amal find an inexplicable copy of The New York Times from September 12, 2001 detailing a completely different history than what they know, real history. Astounded, the characters then go investigating; the Arabian agents try to find out the notions of reality and fiction while seeking to understand the deeper metaphysics of their current situation. 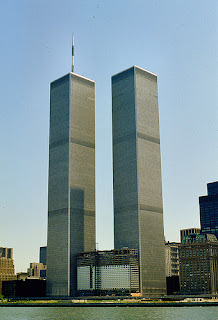 While The Mirage begins with an intriguing and gripping premise, I feel like the novel falls short. Matt Huff fails to allow the strangeness of the novel marinate. The characters, Mustafa, Samir, and Amal, never grapple with the odd reality in which they are placed.

Instead of remaining in a metaphysical treatise/investigation, the novel schizophrenically tries to be an action thriller with characters hunting down new information around the globe, shooting their way through obstacles.

Instead of questioning the presented world, they just go with the flow. To me, that is poor writing.

Considering the circumstances, considering that the agents’ world was falling apart at their feet, there should have been incredible amounts of chaos and uncertainty; the novel was simply too neat.  If anything, The Mirage makes you think about what your stance is on the war on terror and cultural differences.

The Mirage was originally intended to be a TV series, and was denied. With how the novel switched gears so many times, I understand why it was rejected. If only Matt Ruff had stayed with how the novel started, it would have been an absolute hit.

Verdict:The first half of the novel – 5 out of 5

The novel overall – 3 out of 5
—
Posted by: Andrew Jacobson
Affiliate Links: