William Boyd (b. 1952) is a Scottish novelist and screenwriter. In 1983, he was selected as one of Britain’s top twenty young British novelists. Though his novels, An Ice-Cream War, Brazzaville Beach, and The Blue Afternoon, have been shortlisted for many major prizes, he has not garnered much acclaim. On April 11, 2012 Boyd announced he is writing the next James Bond novel, set in the year 1969.

Three Parts Make a Whole
If you’ve ever seen the period-based television show, Downton Abbey, you know how riveting and intentional drama can be. Often enveloped by the lives of those in the fictitious drama, I was delighted to find a First World War period novel. Caught up in the throws of World War I, we see a protagonist go through self-enlightenment, while we wait for the sun to rise in his life.

Waiting for Sunrise is part period piece, part psychological journey, and part war/spy novel. Experimentally written, the switches in topic, tone, and even narrative mode don’t deter from the readability of the novel, but rather enhance it.

The protagonist, Lysander Rief, is warned in the early pages of the book about the dangers of the Austrian capital, Vienna. Even though the city seems like a safe place to explore, below the surface is a giant river of temptation for Lysander.

“‘This place—this Pension Kriwanek—is just like Vienna. You have the world of Frau K on top. So nice and so pleasant, everybody smiling politely, nobody farting or picking their nose. But below the surface the river is flowing, dark and strong.’‘What river?’‘The river of sex’” (27). 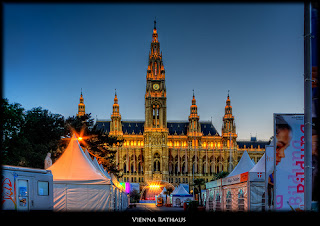 Lysander is in danger of going under. As an English actor, he traveled to Vienna to seek treatment from a psychologist named Bensimon. While in the waiting room, he meets two people, one of which, Hettie Bull, becomes his newest lover. He also meets Alwyn Munro, who is a military official at the British consulate. By meeting Alwyn as well as talking with Dr. Bensimon, Lysander becomes interested in the spy world.

In his talks with his therapist, Lysander learns of a theory called “parallelism”, furthering his interest in being a ruthless and ingenious spy hunter.

“‘Let’s say that the world is in essence neutral—flat, empty, bereft of meaning and significance.  It’s us, our imaginations, that make it vivid, fill it with colour, feeling, purpose and emotion. Once we understand this we can shape our world in any way we want. In theory…I hesitate to say this, and I vary rarely make this leap, but I have a feeling Parallelism will cure you, Mr Rief, I really do” (49).

Parallelism, perhaps the largest theme in the novel, closely ties into Lysander’s addictions. As Bensimon suggests, the individual has the ability to change their world for the better, if they so choose. Lysander has the chance to change his addictions, to better his life, and to move away from a life of frivolity and meaningless sex. Through parallelism, Lysander has a chance to make his life work. However, Lysander doesn’t change his addictions, but rather his employ. 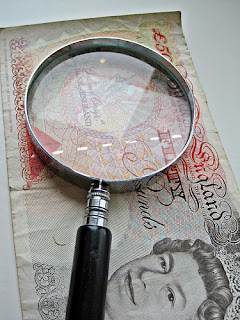 What ends up happening in the novel is a collage of espionage and global war, sex and temptation. When World War I breaks out, Rief, instead of fulfilling his theatric aspirations, is called by Munro to transform himself into a spy. Lysander is sent on a mole hunt that takes him all around the world, eventually landing him in London.

Meanwhile, Lysander falls in love with yet another woman, further entrenching him in the river of sex mentioned in the first few pages of the novel. The theory of parallelism runs rampant in the novel, transforming Lysander into a spy, yet his addiction to and problems with sex still somehow remain. Parallelism isn’t a thorough reality for Rief.

If you’ve ever seen the television series Downton Abbey and would like to read a book that is eerily similar to the First World War depiction therein, William Boyd’s Waiting for Sunrise is about as close as one can get. William Boyd has been asked to write the next James Bond thriller, so that gives you a good idea of the spy narrative within. Even though there’s a lot going on, Waiting for Sunrise combines complicated, intellectual intrigue and adventure to make something worth reading.

Verdict: 3.5 out of 5
What do you think? Did you read Waiting for Sunrise, and like it? Or were you confused? Have you read Boyd’s other novels? Share your thoughts below.
—
Posted by: Andrew Jacobson