My wife and I often resupply from the warehouse grocery store, Costco. Every time we go we stock up on the necessities—paper towels, vegetables, canned soups, cleaning supplies, and of course, Jelly Bellies.

The gourmet jelly bean comes in a large canister, something easily fashioned into a large bucket for feed, filled with umpteen gallons of water, or supply a small nation with food for a month. My wife and I generally inhale a bucket of beans in a week or two, pointing to both our gluttony and love for the jelly bean.

David Klein, inventor of the famed gourmet jelly bean, however regrets his moment of inspiration.

“I wish I never invented the things. They ruined my life”

The documentary Candyman explores the life of David Klein, who is the unnamed and forgotten inventor of the Jelly Belly. In 1976, Klein approached the Herman Goelitz Candy Company and asked them to produce the mini-gourmet jelly bean out of natural flavors. The colorful beans came in a rainbow of realistic flavors, previously unknown to the populace.

A radical new product, Jelly Belly became a pop culture phenomenon in the seventies. Most notably touted by President Ronald Reagan as his favorite snack, the jelly bean became a hit.

Somewhat eccentric, yet brilliant, Klein sadly forfeited the company for a few million dollars, just before it exploded. He managed to use the money to pay for his house, and fund some new candy exploits, none of which have really taken off like the Jelly Belly. Now a billion dollar enterprise, David Klein has no place in the jelly bean world he created. David is now an alien erased from the candy’s history. 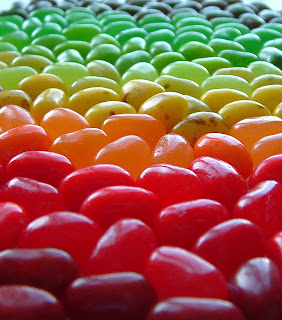 Because of selling too early, Klein lost his beans (pun intended), and sunk into bitter depression. But, interestingly, the documentary exposes how Klein kept his soul alive in the process.

Now, Klein helps entrepreneurs around the country develop successful ideas, despite Klein’s lack of further success in the candy industry. The viewer is able to see both sides of the American dream, one where all the hopes and dreams are fulfilled for Klein, and one where he simply cannot catch a break.


Of note, however, Klein is much more of a solid, sane, and compassionate individual now that his “dream” of funding another candy mega-hit fades. Klein has been able to move on from his tragic choice because he realized life is bigger and more important than a paycheck. It seems as though his new consulting business runs closer to his personal goals as an individual, providing closure from the difficult break from Jelly Belly.

Klein’s selflessness and desire to see dreams come true fuels his current endeavors, speaking to the drive of the human spirit. His desire to help others makes him a better man than he once was. No longer the spokesman for a large candy company of his own design, he is able to more fully function.

If you enjoy candy, or Jelly Bellies as much as I do, I think Candyman is a fun documentary to watch. At times Candyman is a bit slow, but with a stroll through the life of an entrepreneur, it’s worth your time.

Verdict: 3 out of 5What are your thoughts? Do you like the popular candy? How do you feel that the inventor of the bean has been ousted from his own invention’s history? Share your thoughts below.
—
Posted by: Andrew Jacobson