I’m forever dubious of the trilogy phenomenon. Whether it be The Hunger Games, the dreadful Twilight phenomenon, or even something wonderful like The Lord of the Rings, I find myself stepping foot into the movie theater ready to undergo some form of disappointment. Why? Once the second or third movie is made, the filmmakers all too easily assume it’s a sure thing that people will see the movie, as they are already invested in the franchise’s past. As a result, the filmmaker (or even author) will normally put less effort into the storyline, and the story ends up flat-lining.
However, with the Dark Knight trilogy, I’m happy to say I didn’t find my worries to be the case. In the last installment of the Christopher Nolan series, The Dark Knight Rises succeeds where so many other trilogies fail only because it holds the key: redemption. 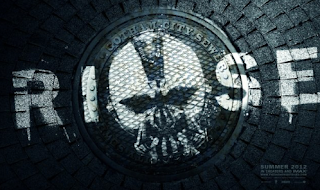 Redemption is what makes the story flourish. In the wake of the Aurora, Colorado shooting, it would seem as though redemption is hard to find in The Dark Knight Rises. And, in such a darkly made film, one would assume redemption would be the last thing to find. However, I think Nolan intentionally uses the darkly lit screen and the depravity in the storyline to intentionally illuminate this single theme.

In the final installment of the Nolan trilogy, we find Batman/Bruce Wayne (Christian Bale) secluded in his mansion, unaware of the city around him. Peacetime has entered Gotham City, and while Gotham rejoices, Bruce Wayne lingers in endless depths of remorse.

Simply, Wayne is a defeated man and suffering a loss of a dead lover, Rachel (Maggie Gyllenhall from The Dark Knight) when a thief (Anne Hathaway) enters his mansion stealing his fingerprints. This simple act spurs Wayne out of inaction and into saving his city from a new threat, Bane (Tom Hardy).

Torture of the Soul

Avoiding any major spoilers, Bruce Wayne eventually finds himself in a prison with a way out: to climb. Put there by the villain of the movie, Bane, Batman is now worse off than he was before. Feeble, broken, and damaged he wallows in prison as the guards slowly work to bring him back to health. The question is, “Why?”

Bruce Wayne: “Torture?”Bane: “But not of your body…Of your soul.”

A television screen dimly lights the prison where Wayne recovers. It shows footage of a broken Gotham falling into anarchy. Wayne can’t help but watch, knowing he is stuck in prison.

Bane explains there is no worse torment than to see and grasp hope and not attain it. Eventually, Wayne gets better and stronger than before. He tries to climb out with a safety rope, but can’t make it. 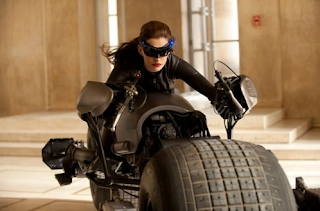 Why? He isn’t afraid; he is simply angry. Bruce fails time and time again, unable to make the jump. The prison’s physician reminds Wayne that fear is good, and fear is healthy. The right kind of fear motivates, and the proper fear is even redemptive. Wayne finds his fear is ultimately for others: it is a sacrificial kind of fear.

Wayne must become like a child (akin to Matthew 18:3) in order to get out. A child ascended before, without the rope, and made it. Wayne is forced to do the same in order to reach out to his devastated city and save the day as the Dark Knight.

Wayne’s past and brokenness is redeemed because he is forced to be like a child. More to the point, an entire city discovers redemption because one man was forced to realize his ardent love for his city and reconcile with the truth of the situation.

As Alfred (Michael Caine) puts it in the movie:

“It’s time for truth to have its day.”

Christopher Nolan finds a way to make truth have its day. He puts forth the theme of redemption throughout the entirety of the movie, making The Dark Knight Rises a fitting end to the trilogy. If you haven’t, I sincerely recommend seeing the movie now.