Thoughts on Women and Literature 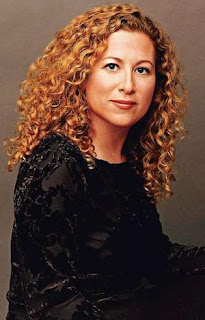 A couple weeks ago, I happened upon this article at the Huffington Post. In summary, the author of the article interviewed two popular novelists – Jodi Picoult and Jennifer Weiner­ – about literary fiction and the critically praised novel, Freedom

, by Jonathan Franzen. Both Picoult and Weiner criticize publishers and reviewers alike for exalting a novel about a broken family while avoiding similarly-themed novels by female authors. Simply put, when men write about family, their books are considered literary fiction; when women write about family, their books are labeled romance.
Looking at my library, it is extremely male dominant. My library coupled with Picoult and Weiner’s revelation makes me particularly troubled. I want to read well-written books no matter the race, creed, or gender of the author. Yet the way publishers promote their books, I have subconsciously gravitated to the “literary fiction” genre which is dominated by men. When I observe my tendencies in music, my tastes are much more evenly divided highlighting both men and women artists. I believe the equal division is a result of music being marketed to a broad audience instead of being promoted to a targeted audience. Thus I believe that novels written by women sparsely populate my bookshelf not because I have no desire to read them, but because I am unable to differentiate between a crappy romance novel and a well-written novel.
Thus, I believe it is time to change my tactics. What are your favorite books written by female authors? I would love to put them on my wish list.